Jimi Hendrix is a 20 payline game, where the goal is to spin out the same symbols. The game is dedicated to the famous musician, so the visual and audio world is also built around this theme. 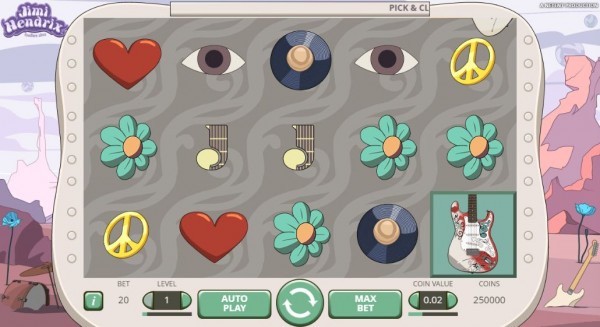 The setting of the bet consists of two parts: the bet level and the value of the coin. There are a total of ten levels for the bet, while the value of the coin can be adjusted by preference and starts from cents. The game starts with the circular arrow symbol in the middle. You can also choose to play using the automatic mode, where in addition to the number of spins, you can also specify the cases in which this play mode will stop.

The Wild sign is a portrait of Jimi Hendrix and it works as a substitute in the game. It doesn't have an effect on the Scatter, but it does have the ability to create winning combinations if you spin out at least two of these on one of the paylines. 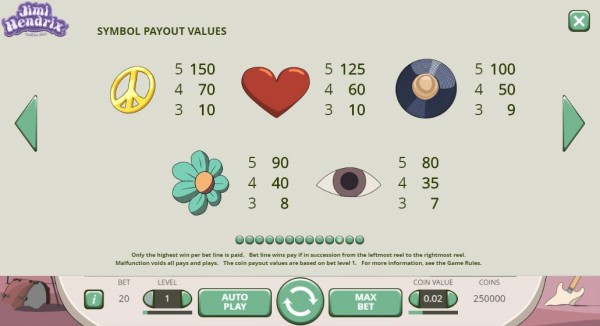