Dragon Hatch is designed for smartphone, with an elongated layout that looks its best on phones. The game has five spinning reels and the symbols are displayed in five rows. The goal is to spin out the same symbols, precisely at least four of them, adjacent to each other. If this happens, the elements which create the payout combinations will disappear from the playing field and new ones will fall into their places. 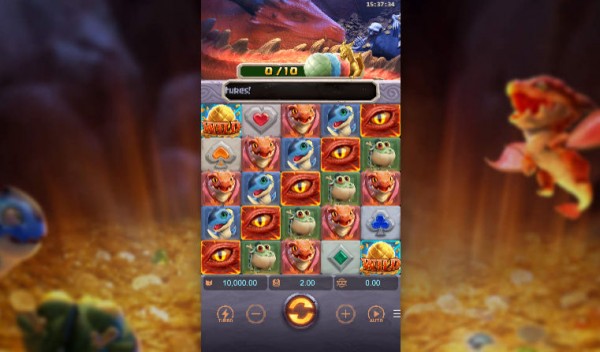 You can start by setting the bet amount in order to avoid any surprises. You can do this with the plus and minus buttons, playing either in cents or euros. It's worth risking an amount which is much smaller than your total balance, as the game spins fast. The game starts with the circular arrow in the middle.

In addition to the basic symbols, there are also special ones in the game which launch unique game modes. During these, there is a change in the playing field, favorable to us. Such modes ares Water Dragon, Fire Dragon and Dragon Queen. 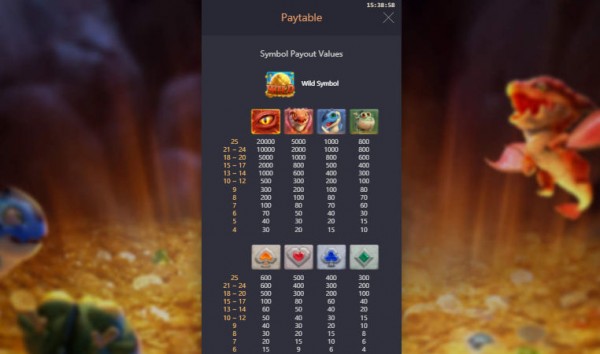