A classic american atmosphere exudes from the Boost It slot machine, where you can win in 243 ways. This requires you to get the same symbols, all while jazz tunes are playing in the background. In addition to the basic symbols, there are also special ones in the game, with unique features which increase your chances of winning and the possible payout amount. 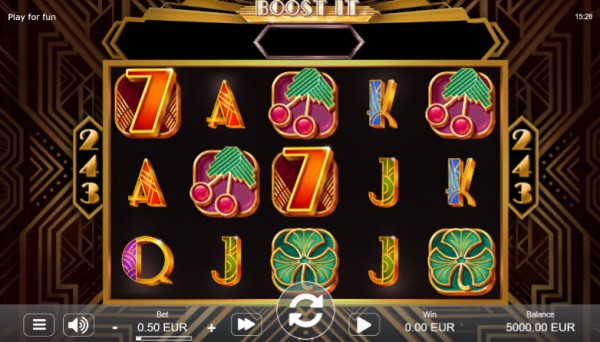 The bet can be set in the Bet Section using the plus and minus buttons. You are able to increase the amount you would like to risk in a single round of play, choosing from between low amounts like cents or playing big with hundreds of euros. The game starts with the circular arrow in the middle, in addition to which you can also opt to use the Automatic Mode.

The Wild is one of the usual special symbols which appears in slot machines, acting as a wildcard to replace everything else. For example, if it follows three identical symbols on the payline, it will expand the payout combination to a set of four. There are also two types of wilds in the game, one is a single space symbol while the other one expands in size to occupy a full reel 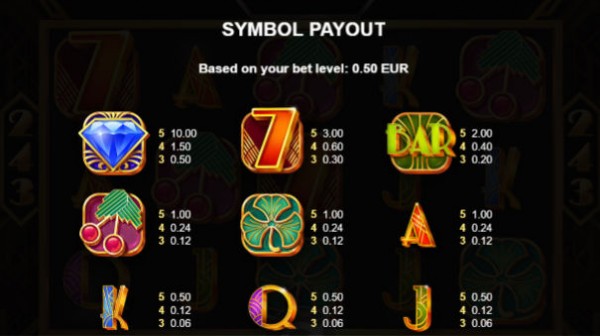