From the get go, the word Yak suggests that animals will have a center role on the reels. The goal is to collect identical symbols on the paylines. There are a total of 1024 lines for which there is a possibility to rotate winning combinations. 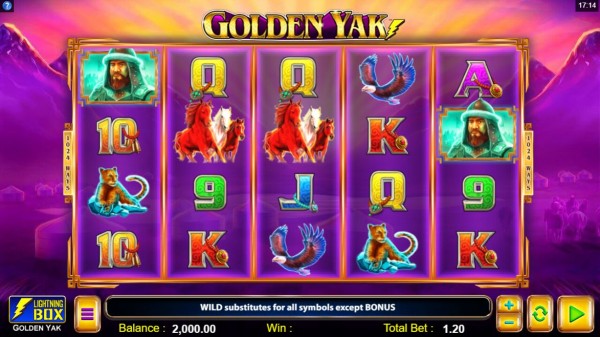 Before spinning, it's a good idea to set your bet, which you can change by using the plus and minus buttons below the reels. The total bet which you would like to risk in a single spin may be measured in cents or euros. You can start the game with the green triangle pointing to the right, at which point the reels will start spinning.