Berryburst is an online slot game in which the goal is to spin out the same symbols on one of the paylines. The game is built upon a three row system with Cluster Pays mechanics. There are special symbols in the game, able to increase your chances of winning and the size of the prize. Examples for these are the Wild, the Expanding Wild and the Re-Spin. 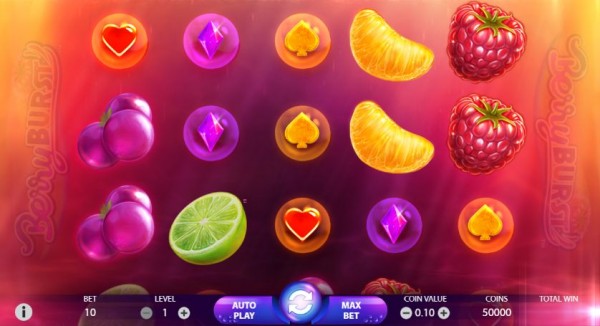 The game starts with the circular arrow button in the middle, but you should set the bet first and foremost, which consists of two components. On the one hand, you can adjust the level from one to ten, while on the other, you can set the value of the coin, which starts from cents and can be played around with using the plus and minus buttons. There is also the possibility of an automatic mode, in which the discs rotate on their own for a predetermined time. 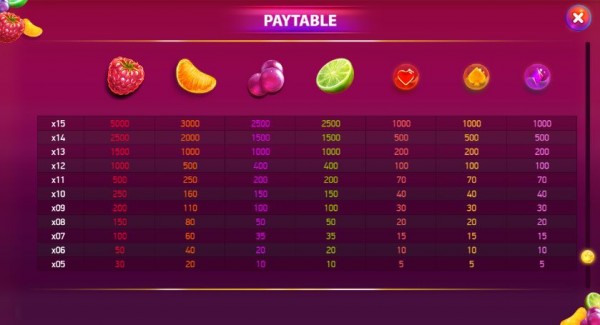